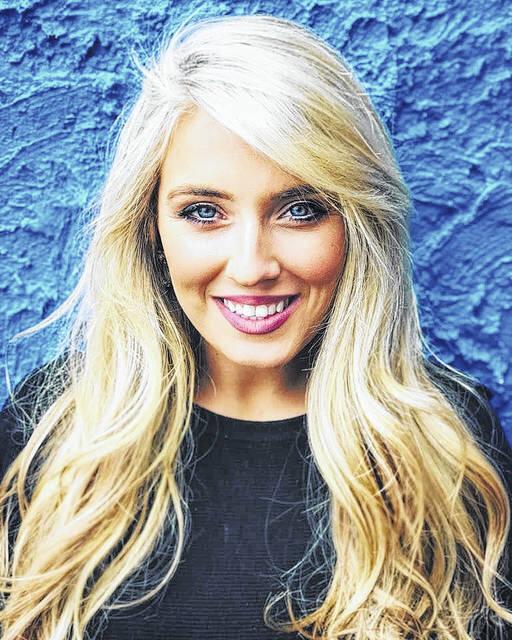 Chloë Agnew is an internationally renowned singer who shot to fame for her integral part
as the youngest and one of the original members of the world-famous music group ‘Celtic
Woman’ which she joined when she was just 14.
She is already a music veteran at the age of 24. Born in Dublin, Ireland to entertainer
Adéle “Twink” King and Irish oboist David Agnew, Chloë was practically born on the stage
and at a very early age enjoyed professionally acting, singing and dancing. She made her
first television appearance on her mother’s TV program at just four weeks old, going on
to make her first singing debut on National Television at the age of 6.
Chloë represented Ireland at the First International Children’s Song Competition in 1998
in Cairo, Egypt, where she won the Grand Prix. Chloë has become a familiar face on PBS
television with Celtic Woman in recent years, however she made her PBS Debut in 1999
when she performed as part of Handel’s Messiah. The PBS special featured great
legends such as Gladys Knight, Chaka Khan, Roger Daltrey and Aidan Quinn.
In 2001 Chloë collaborated with Musical Director David Downes to record ‘This Holy
Christmas Night’ to raise money for children affected by 9/11. That same year Chloë
joined Christchurch Cathedral Girl’s Choir where she received much of her musical
training. She recorded her first album at age 12 and her second at 14, both produced by
David Downes. Shortly after the release of her second album, Chloë was approached to
become a part of the music ensemble Celtic Woman.
Celtic Woman’s debut show was taped on 15 September 2004 for PBS at The Helix,
Dublin, Ireland, in front of a sold-out audience. The subsequent TV Special was first
broadcast on PBS during March Pledge 2005 in the United States, and within weeks the
group’s eponymous debut album, Celtic Woman, reached #1 on Billboard’s World Music
chart. It eventually broke Andrea Bochelli’s long-standing record of chart-topping
longevity on 22 July 2006 having stayed at #1 for 68 weeks. The album held the top
position on the Billboard World Music chart for 81 weeks total. Their second album, Celtic
Woman: A Christmas Celebration, was released on 19 October 2006 and eventually
knocked their first album to the #2 spot on the World Music chart.
In 2006 Japanese figure skater, Shizuka Arakawa, skated to a Gold Medal at the Torino
Winter Olympics to Celtic Woman’s record-breaking version of the Brendan Graham
classic ‘You Raise Me Up’.
To date Chloë is featured on a total of 14 of Celtic Woman’s albums, recording songs in
English, Irish, Latin, Japanese, Italian and German on their various albums, which have
sold more than eight million copies worldwide, and all of which have debuted at #1 on
Billboard’s World Music chart. Celtic Woman have sold out concerts in prestigious venues
across the globe from Carnegie Hall -NYC, Red Rocks, Colorado, Radio City Music Hall
to several Arenas in Europe, Japan and Australia, performing for almost three million fans.
Chloë has performed with Celtic Woman on hit US TV shows such as Dancing with the
Stars, Regis and Kelly, The Today Show and Good Morning America and many more. In
2013 Celtic Woman made a guest appearance on the hugely successful show ‘Bold and
the Beautiful’.
In 2009 Chloë collaborated with renowned Italian tenor, Alessandro Rinella and Warner
Chapel Music Producer Leo Z on the song “L’Assenza”. During her time with Celtic
Woman, she had the pleasure of working with amazing artists such as Chris De Burgh,
Anne Murray, Selim Kagee and PS22 Chorus to name but a few. In 2012 Chloë was
named Best Female Vocalist at the Irish Music Awards.
Chloë also has had the incredible honor of performing three consecutive US Presidents
(Clinton, Bush and Obama) before she turned 20. She has also performed for the
Chairman of the Joint Chiefs of Staff General Martin Dempsey.
In August 2013, after almost 10 years, Chloë decided to move on from Celtic Woman to
pursue a solo career. Since then she has had the honor of performing to over 15,000
people as a special guest at Croke Park’s Stars, Choirs and Carols, a Guinness Book of
Records concert. In December 2013, Chloë released her first solo single ‘Love is
Christmas’, which debuted in the top 10 in the iTunes charts.
Based in Los Angeles since 2013, Chloë has been hard at work touring and recording.
She was honored to be the guest vocalist at both the international Military Tattoo festival
in Basel, Switzerland and the Cape Town Military Tattoo in 2015 performing alongside
2,000 mass pipe and drums musicians to over 20,000 people. More recently she has
shared the stage with longtime Celtic Woman colleague Lisa Kelly at The Fred
Amphitheatre in Georgia, esteemed Irish tenors Paul Byrom, Emmet Cahill and Emmett
O’ Hanlon (all former members of Celtic Thunder) and with Grammy nominee and former
Riverdance singer Michael Londra.
Chloë is featured in several television shows that are currently airing on PBS including
The Power of Music with Ethan Bortnick and Damian McGinty (Glee Project/Celtic
Thunder), and the Nathan Carter Celtic Country show. She recently performed at the
prestigious Ryman Auditorium in Nashville with Emmy award-winning tenor Eamonn
McCrystal as well as on his album And So It Goes in a duet with the legendary Rita
Wilson. Chloë has been touring with top Irish artist Nathan Carter since 2017 and as the
headline act for the award-winning Atlanta Pops Orchestra on National US tours in 2017
and 2018.
Chloë released her début solo EP The Thing About You in 2018. Produced by Joshua
Spacht and Brian Hitt, the EP features 5 tracks, four of which she wrote herself. Recorded
between studios in Nashville,TN and Hollywood,CA, Chloë’s new musical style is unlike
anything fans have heard before from this talented Irish songbird.